Judge Joyce A. Campbell invited to

Judge Joyce A. Campbell was thrilled to be invited to The National Press Club in Washington D.C. to attend The National Alliance on Mental Illness (NAMI) recognition of Dr. Christine Yu Moutier.  The event celebrated the achievements of Dr. Moutier; NAMI’s 2022 Scientific Research Award recipient.  She has dedicated her life’s work to suicide prevention.  Dr. Moutier works to change the culture surrounding mental health, fighting stigma and optimizing care for those suffering from mental illness.  NAMI believes that scientific research can provide hope and encouragement and that is why NAMI’s commitment to research remains a strong pillar of its mission.

As President of the Board of Directors for the national chapter of The National Alliance on Mental Illness (NAMI), Judge Joyce A. Campbell felt honored and privileged to host a covid-19 delayed reception at the French Embassy in Washington D.C. honoring and welcoming NAMI’s Chief Executive Officer, Daniel Gillison, Jr.  Judge Campbell describes the event as a truly special evening and on behalf of NAMI, thanks all attendees for joining the celebration of Daniel and all of his accomplishments.

Joyce A. Campbell Elected President of

The Nami National Board Of Directors 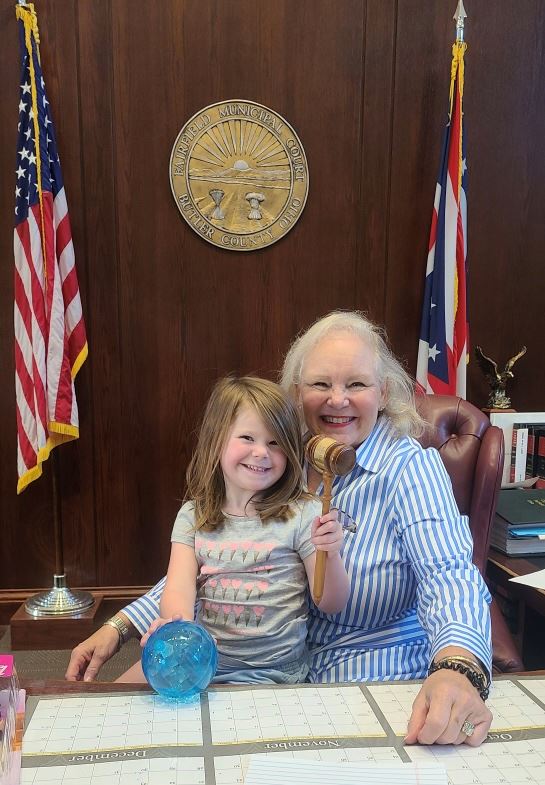 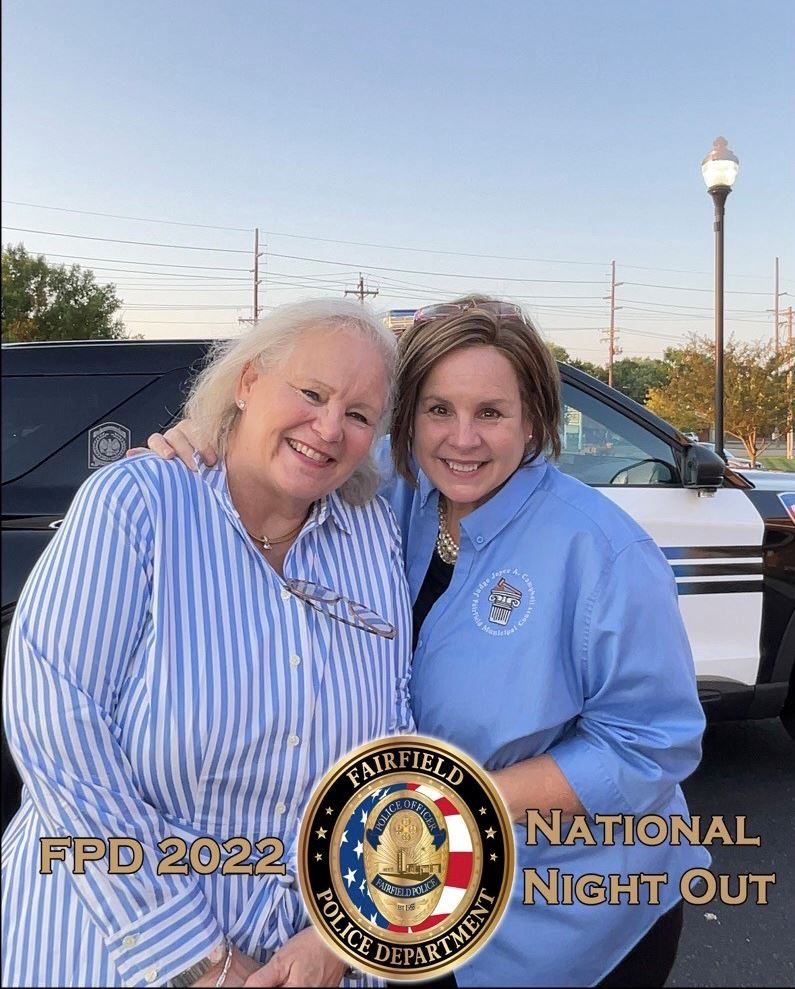 The Court and the Police connect with the Community during National Night Out. 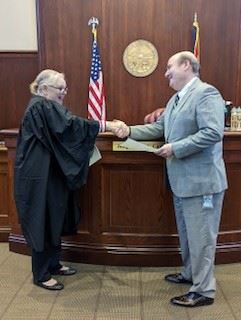 Charles C. Ashdown, shareholder with the law firm Strauss Troy, has joined the court as a part-time Magistrate assisting Judge Campbell with civil and criminal cases.  Charles has over thirty years of legal experience in handling business and real estate matters.  He also has prior experience as a night court Prosecutor for the Cities of Wyoming and Loveland.  We are honored and excited to have him devote his time and share his knowledge with the citizens of Fairfield.

Judge Campbell was recently reelected to a three-year term on the National Alliance on Mental Illness (NAMI) national Board of Directors. NAMI is the nation’s largest grassroots mental health organization dedicated to the well-being of Americans affected by mental illness.

Fairfield, Ohio: On July 21, 2021 the members of the National Alliance on Mental Illness (NAMI) re-elected Judge Joyce A. Campbell to serve a second third year term on the NAMI National Board of Directors.

The STAR Program and the Treatment Alternative Court of the Fairfield Municipal Court have earned final certification from the Ohio Supreme Court’s Commission on Specialized Dockets. 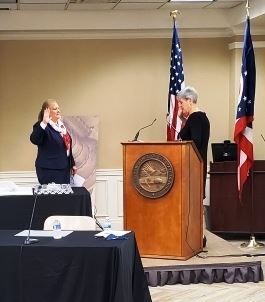 City of Fairfield Municipal Court Judge Joyce A. Campbell has been elected Chair of the Ohio Judicial Conference (“OJC”) for a two year term (2020-2022) by the judges of Ohio.

Formed by a 1963 act of the Ohio General Assembly at the behest of Chief Justice Kingsley Taft, the Ohio Judicial Conference is the only organization that simultaneously represents the interests of all 722 active judges in Ohio, each of whom is a member of the organization.

Of those 722 judges, only five serve as officers of the organization, one each from the general, domestic relations, probate/juvenile, municipal/county, and appellate divisions. Each of those five officers serves for 10 years, acting as chair of the Ohio Judicial Conference in the seventh and eighth years of that commitment.

The Stepping Up Initiative

Fairfield Municipal Court Judge Joyce A. Campbell chosen for the 2018 Excellence for Stepping Up in Butler County Award.

The Stepping Up Initiative is a national effort taking part at the local level to reduce the number of people with mental illnesses in our jails.  It is a collaboration between law enforcement, mental health providers, governmental institutions, support and advocacy groups like NAMI, and the community to combat stereotypes, decrease conflict and stigma and provide a wider range of services for people with mental illness and addiction.

The award was presented Thursday October 4, 2018.

Listen to WOUB Interview with Judge Joyce A. Campbell The Role of Special Docket Courts

Ohio Judge Elected to National Alliance on Mental Illness Board

Fairfield Municipal Judge Joyce A. Campbell was recently elected to the National Alliance on Mental Illness (NAMI) board of directors.

NAMI is the nation’s largest grassroots mental health organization dedicated to building better lives for the millions of Americans affected by mental illness.

Judge Campbell already sits on the NAMI Ohio board of directors, and presided over a mental health docket in the city of Fairfield since 2001. For more information, please click here.

Dozens of Ohio courts have set up special sessions to assist people suffering from mental illness who end up in the criminal justice system. It’s a collaborative effort in which courts join forces with treatment providers, law enforcement, and others to connect people with much needed services such as medication, counseling, housing and transportation. For more information, please click here.

Watch Judge Campbell in a PBS show about treatment of people with mental illness who are involved in the court system. The Supreme Court of Ohio has shared a story about Judge Campbell.  For the 11th straight year, Fairfield Municipal Judge Joyce Campbell is donning a pink robe and handling a pink gavel throughout Breast Cancer Awareness Month as a conversation starter about the second-most common cancer among women in the United States.