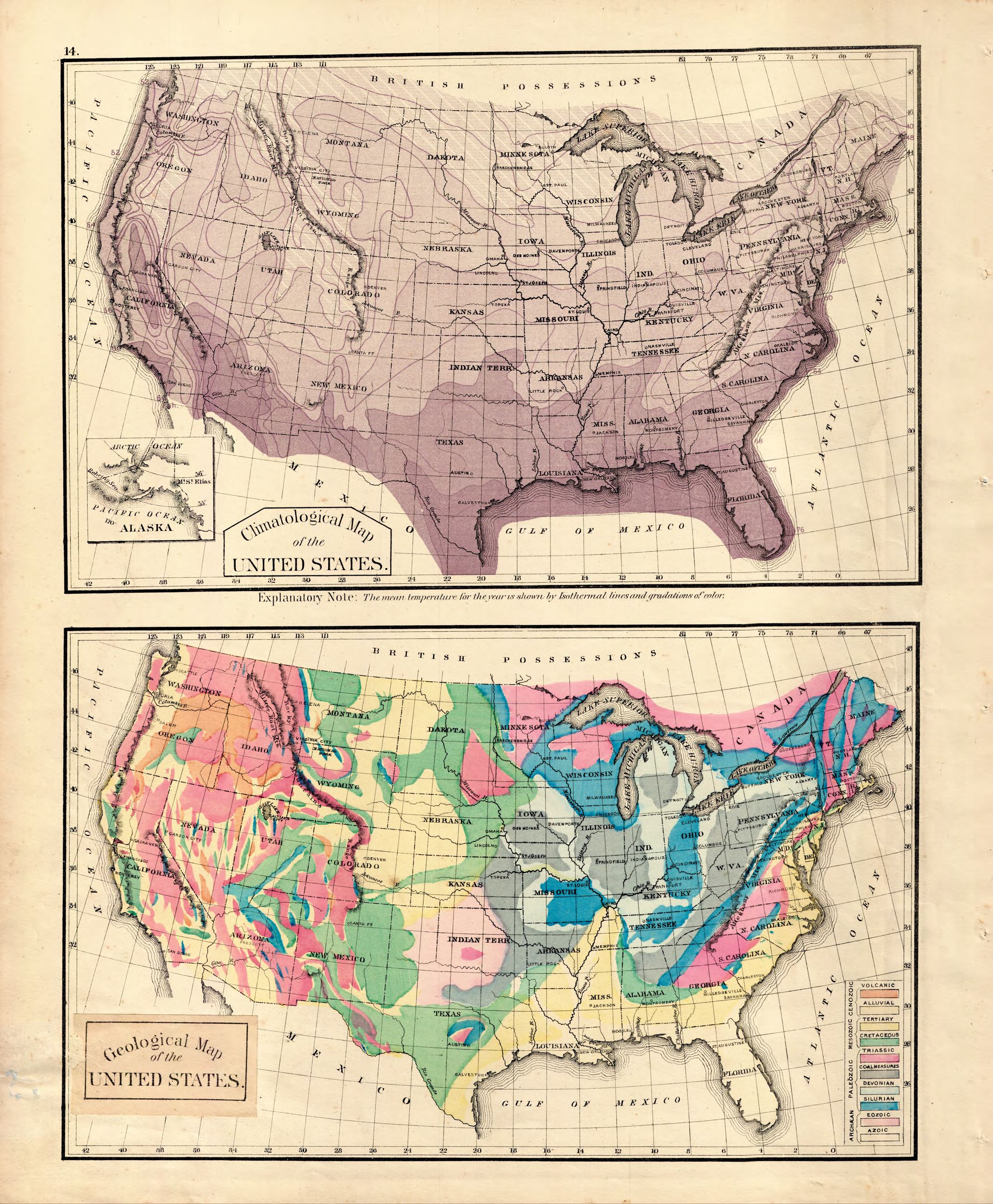 In 1787, Judge John Cleves Symmes, a colonel in the Revolutionary War and congressman from New Jersey, received word from Major Benjamin Stites that he had located "the garden spot of any place that he had seen."

After a visit to this area, Judge Symmes purchased all the lands between the mouth and the source of the two Miami Rivers, approximately 330,000 acres for about 67 cents per acre. President George Washington signed the land patent that became known as the Symmes, or Miami, Purchase in 1794.

The first settlers were veterans of the Revolutionary War who had served under General Arthur St. Clair and General Anthony Wayne. Many were from New Jersey.

Life for these early settlers was treacherous. Battles with Native Americans kept many from settling on their lands, and hunger and exposure to the elements were common threats.

As one account states, "To go on their lands, was almost certain death, and to stay in the villages, without employment, brought them to the verge of starvation. The inhabitants generally, were stinted in the means of sustenance, and depended chiefly on game and fish, with such agricultural products as they could raise in the immediate vicinity of the villages. After they had endured these privations as long as they were tolerable, the more resolute determined to brave the consequences of moving on their land. The plan they adopted for safety was this: Those families whose lands were contiguous, united together to accomplish their purpose, and in this, a number of distinct associations were formed, for mutual protection. The men engaged in these enterprises went out well armed. Each party erected a strong blockhouse, with cabins contiguous, enclosed by log pickets, and commenced clearing their land. During the day, one of them was placed as a sentinel, to watch the approach of an enemy, while his comrades were engaged at work. At sunset, they returned to the blockhouse, taking everything of value within the pickets."

Pioneers gave this area the name of Fairfield for the natural beauty of the surrounding fields.

Then as now, the main thoroughfares were U.S. Route 127 and State Route 4. These roads at that time were little more than bridle paths, but progress came fast with advances in transportation.

Streetcars began traveling the traction line, which ran along Pleasant Avenue, in 1898. Known to go as fast as 90 miles per hour, these cars were heavy and well-built, large as a railroad passenger car, but with a ride like a featherbed. Some people walked a mile or more to gain transportation on this traction.

What is now Fairfield was originally a part of Fairfield Township, one of 13 townships in Butler County, Ohio.

Birth of a City

The Hamilton Chamber of Commerce recognized the potential of Fairfield Township. In October 1953, the Chamber published a map showing the areas under consideration for annexation. The map indicated that the Hamilton border would extend south beyond Nilles Road, and west beyond Gilmore Road. The Hamilton Chamber of Commerce launched a campaign to convince township landowners that the annexation would result in lower utility rates, better street maintenance and increased property values.

Fairfield Township residents saw the annexation as the loss of industrial revenues, the loss of their school system, and the loss of the opportunity for self-government.  Concerned residents joined together to form a village on July 10, 1954 and then by way of special census became a city on October 20, 1955.

The 1960s were a decade of growth in Fairfield. It was a period during which the fledgling city matured and began to establish a variety of services. The City increased water production, constructed a sanitary sewer system, and expanded police and fire protection. New streets criss-crossed former farmland. In addition to city-based services, exploding population growth yielded a post office, a new high school, library and a new Sacred Heart Catholic Church for the parish established in the late 1950s.

Map of Fairfield circa 1966 - click on it to enlarge 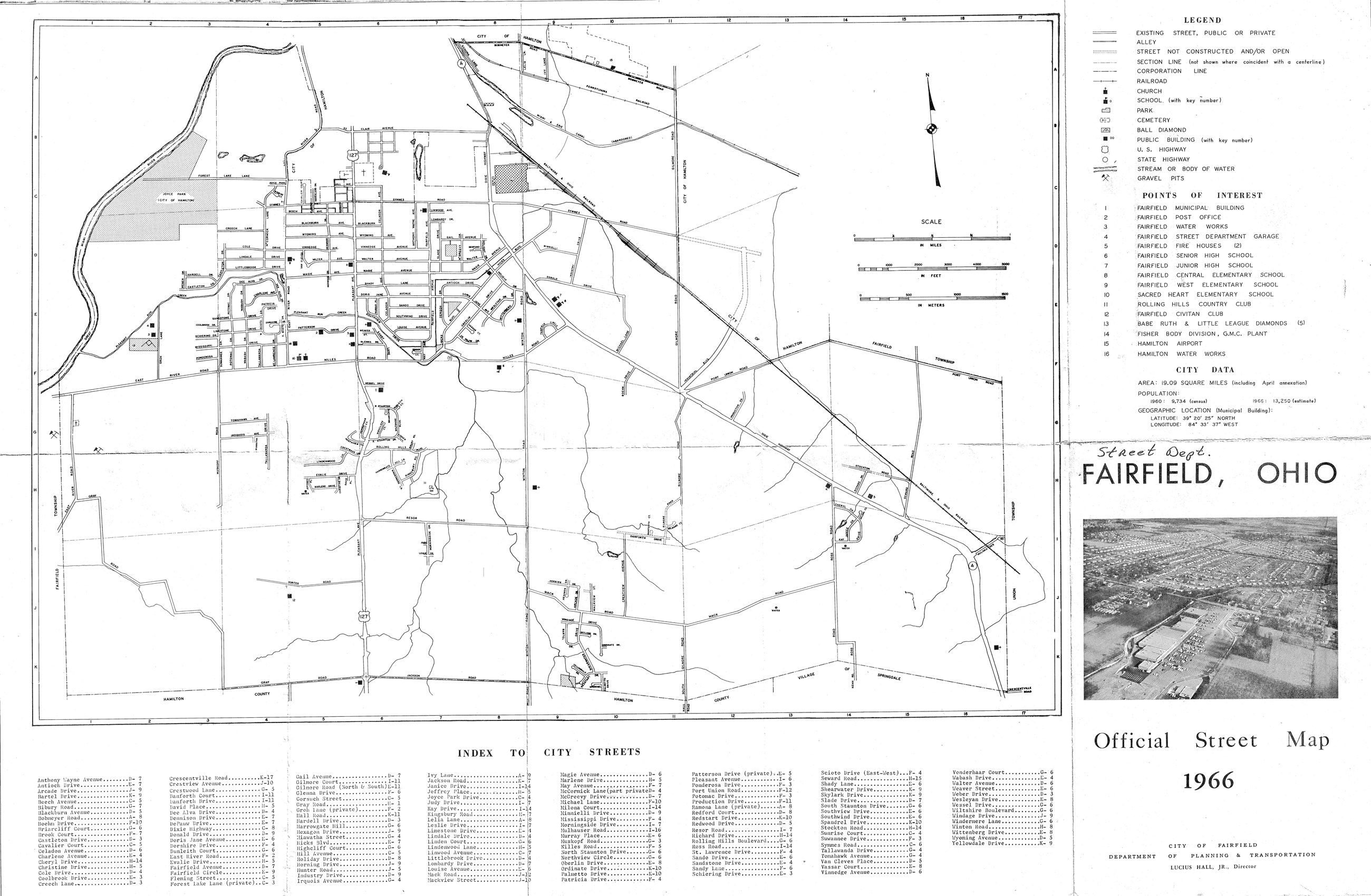 Fairfield in the 1970s was positioned for strong residential growth. The community had already become extremely attractive to families shopping for homes. The school district was regarded as among the best in the region and the community was friendly to business.

A vital link to Interstate 275 opened just before 1970, making the community even more accessible and desirable. The population more than doubled during the decade, from 14,680 to 30,777, the greatest increase in any decade of the City’s history.

Voters approved a Charter for the City of Fairfield adopting the “Council-Administrator” form of government, effective the first day of the 1980s. Under this system of local government, political leadership was combined with strong managerial experience, making local government highly effective and adaptable.

After the unprecedented residential growth of the 1970s, the need for balanced growth became evident.

General Motors announced that the Hamilton-Fairfield Chevrolet Pontiac Canada Group, known as the Fisher Body plant, would be phased out in the first quarter of 1989. The effect of the plant closing was a loss of 2,500 jobs and 28 percent of the City’s income tax revenue, amounting to $1.7 million.

In addition to that challenge, the city also dealt with needs for flood control, road improvement and essential services.

The City regained economic balance in the 1990s and experienced wide, diverse business development. With a population of 39,729 at the beginning of 1990, the City’s explosive population growth had begun to slow, allowing it to focus on quality development of remaining residential and commercial areas. During this time, Fairfield updated and expanded its sanitary sewers, established detention basins for better stormwater control, continued to address road improvements, and began planning for a community Town Center.

At the beginning of the new millennium, Fairfield is strategically positioned to build on its strong foundation, sustain its neighborhoods and business community, and offer quality of life facilities, services and programs. As the City matures, the residential areas are approaching full development. Attracting high paying jobs to the commercial and industrial zones, and building on the respect earned from the surrounding metropolitan area will continue to be a priority.

Since its humble beginnings in 1955, the City has matured into a quality community with a reputation for excellence. 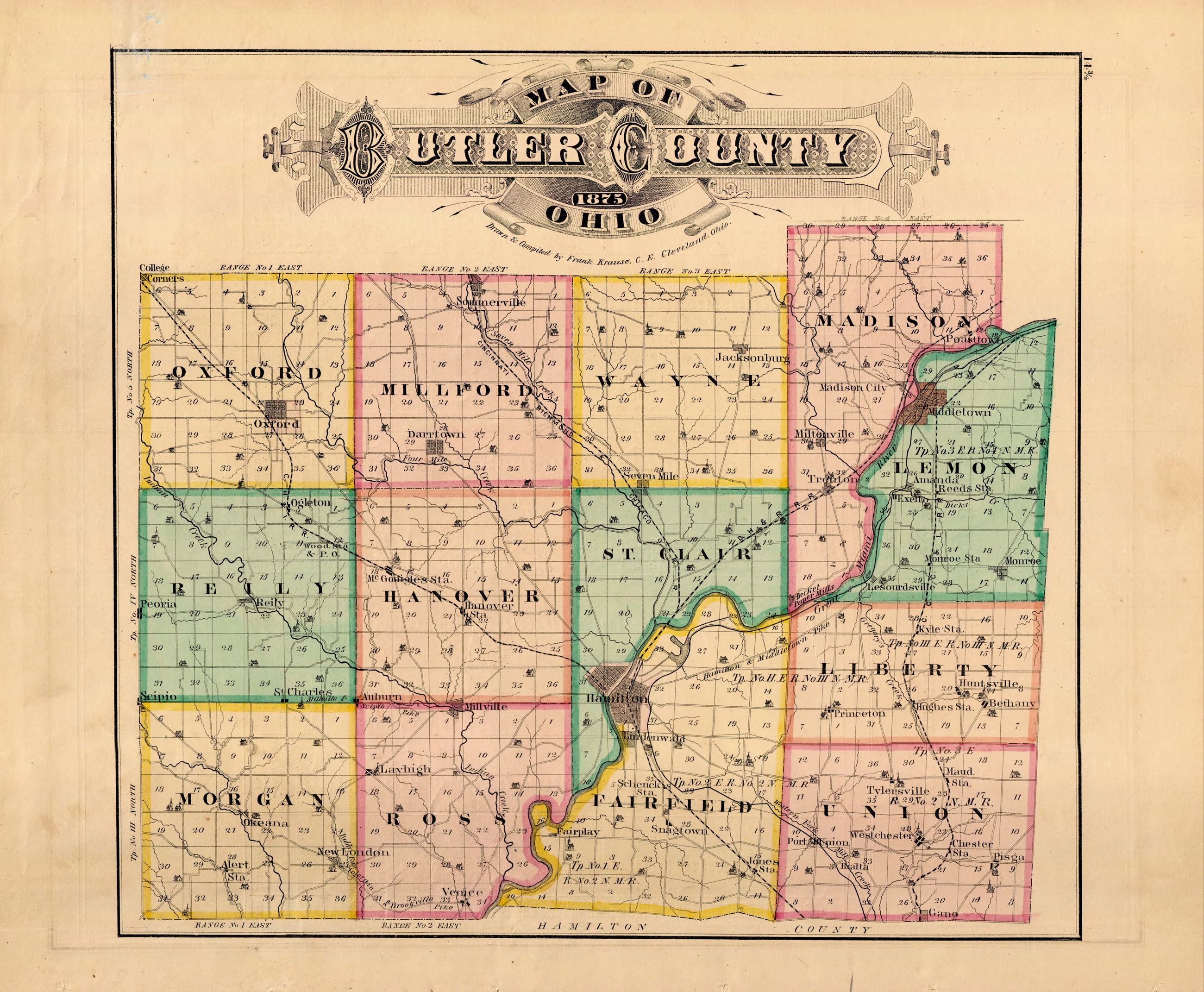 Click here to read a booklet about the City that was published in 1962 by the League of Women Voters. 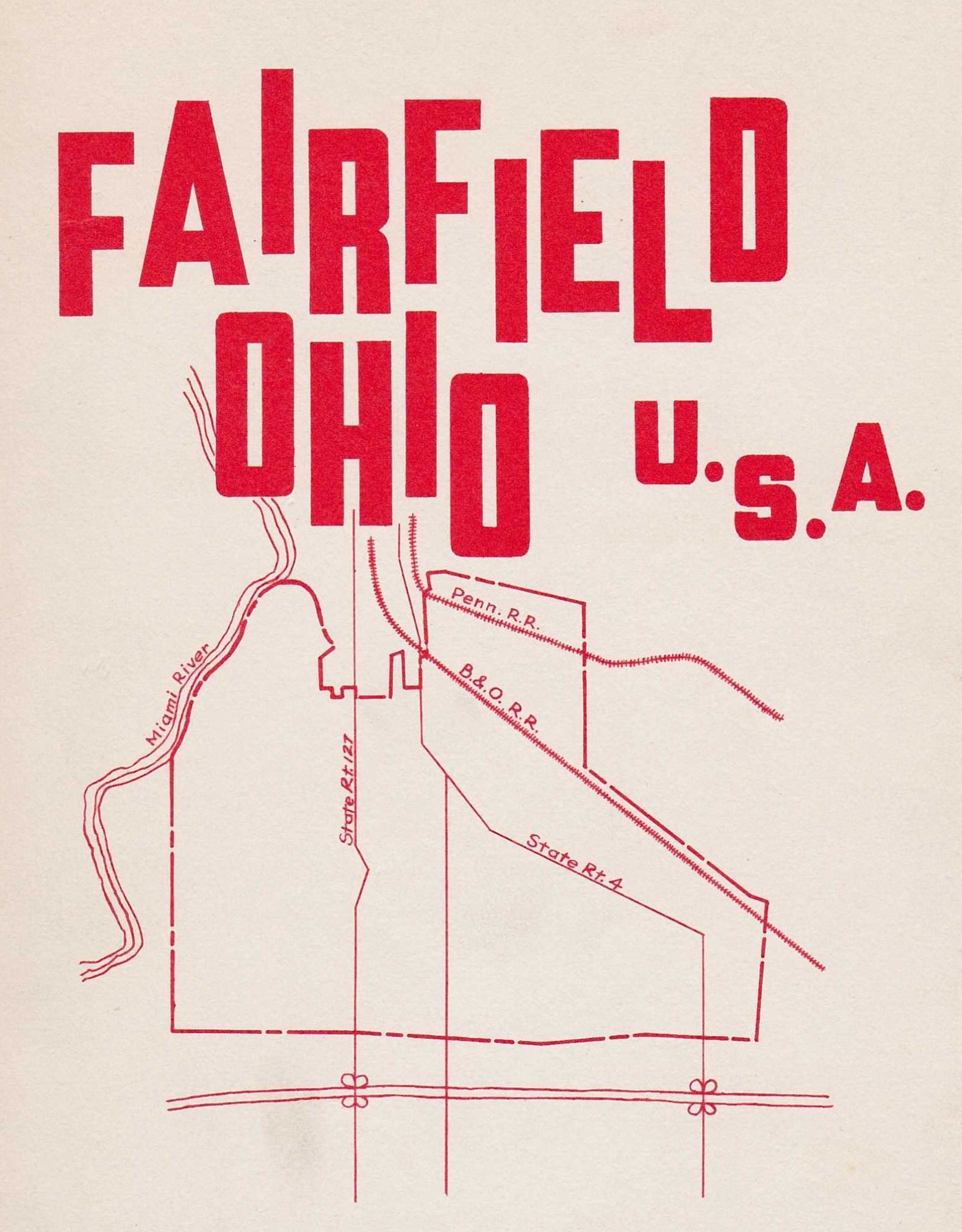