The City of Fairfield operates under a Council-Manager form of government, which provides for an elected Mayor and City Council working with an appointed City Manager. City Council appoints the City Manager, the Law Director and the Clerk of Council, each of whom serves at the pleasure of Council. 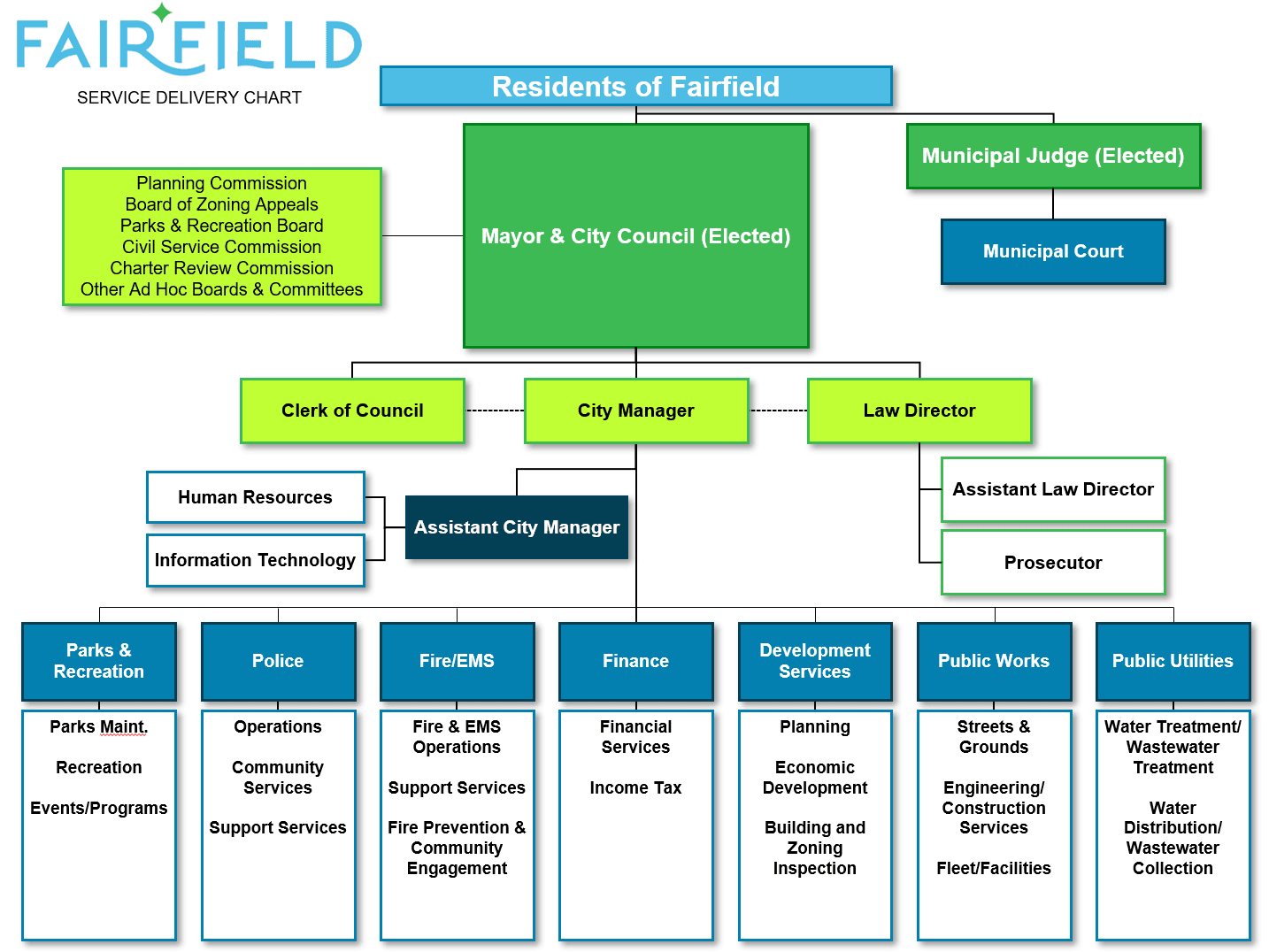